Diabetes is one of the fastest growing health challenges of the 21st century, with the number of adults living with diabetes having more than tripled over the past 20 years.

Diabetes is rising worldwide... and is set to rise even further

A decade ago, in 2010, the global projection for diabetes in 2025 was 438 million. With over five years still to go, that prediction has already been surpassed by 25 million. 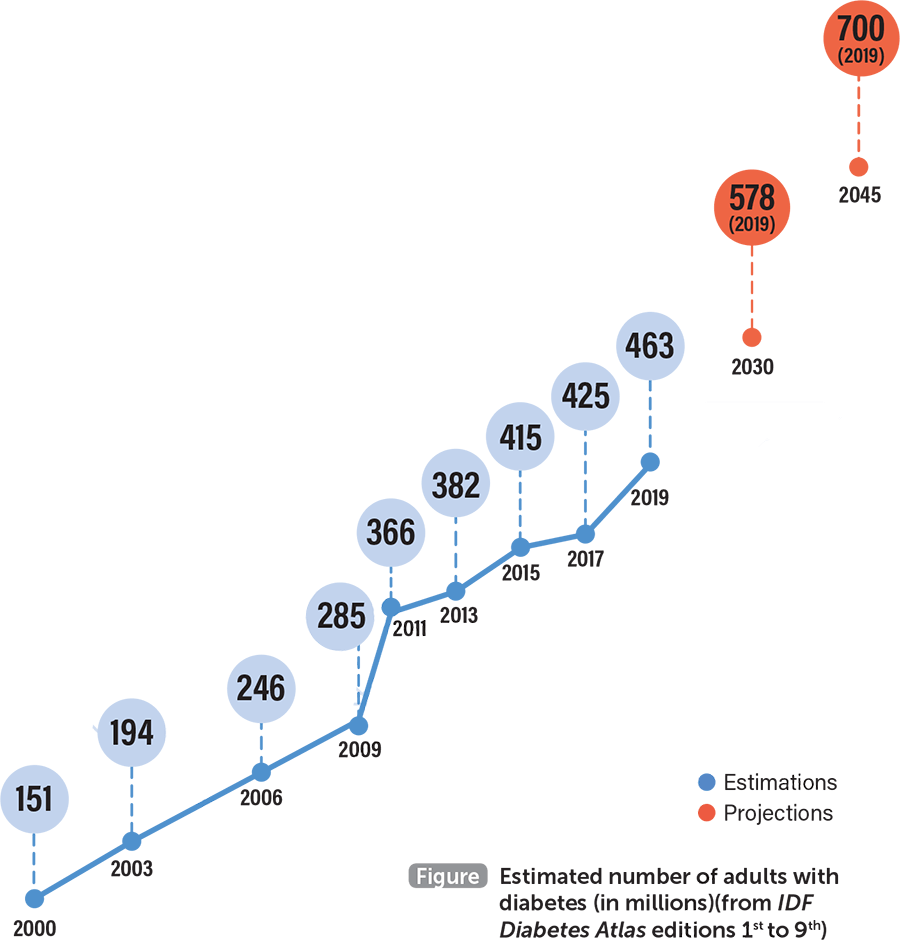 Diabetes is a chronic disease that occurs when the pancreas is no longer able to make insulin, or when the body cannot make good use of the insulin it produces. There are three main types of diabetes:

Why is diabetes on the rise?

The increasing prevalence of diabetes worldwide is driven by a complex interplay of socioeconomic, demographic, environmental and genetic factors. The continued rise is largely due to an upsurge in type 2 diabetes and related risk factors, which include rising levels of obesity, unhealthy diets and widespread physical inactivity. However, levels of childhood-onset type 1 diabetes are also on the rise.

Growing urbanisation and changing lifestyle habits (e.g. higher calorie intake, increasing consumption of processed foods, sedentary lifestyles) are contributory factors for the increasing prevalence of type 2 diabetes at a societal level. While global prevalence of diabetes in urban areas is 10.8%, in rural areas it is lower, at 7.2%. However, this gap is closing, with rural prevalence on the rise.

Tips for advocates: know the evidence

If you want to become an efficient diabetes advocate, you need to use the latest available evidence to make the case for better diabetes awareness, education, prevention, and care.

Make sure you have read and understood the latest diabetes estimates and projections, as well as the most commonly used diabetes-related terms.